I took some more photos from the stands during the game this past weekend. This time I used the Nikon D2Xs and my Nikkor 70-200mm f/2.8 VR lens. What the lens lacks in the reach of the 70-300mm f/4-5.6 G lens I used last week it makes up for in resolution. Unfortunately, it is physically a much larger, heavier lens. Fortunately, the six-inch lens rule at the stadium is discretionary, and I hope that the gate guards I have to pass going in are lenient in their discretion on that point at future games. Otherwise, I’ll have a longish walk back to the vehicle to stash it. Parking is an issue for the Gator games. 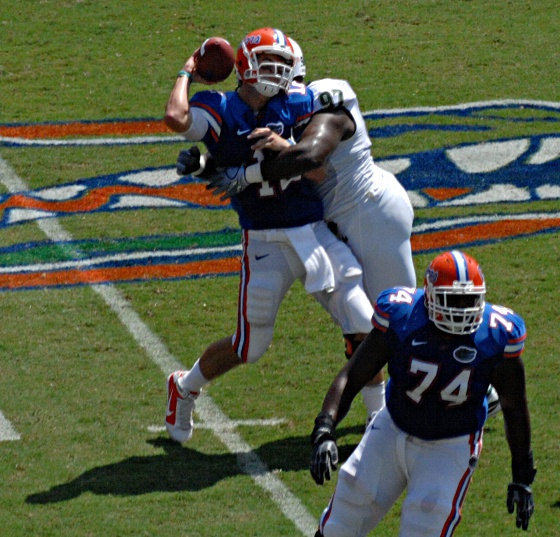 First UF play of the game… Brantley gets sacked hard by a USF defender who found the front door wiiiiiiiiide open. 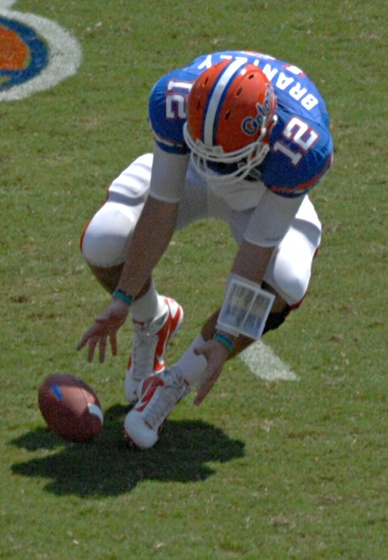 Second UF play of the game, and Pouncey’s hike goes bouncy. Things were looking a bit discouraging right there at the outset. 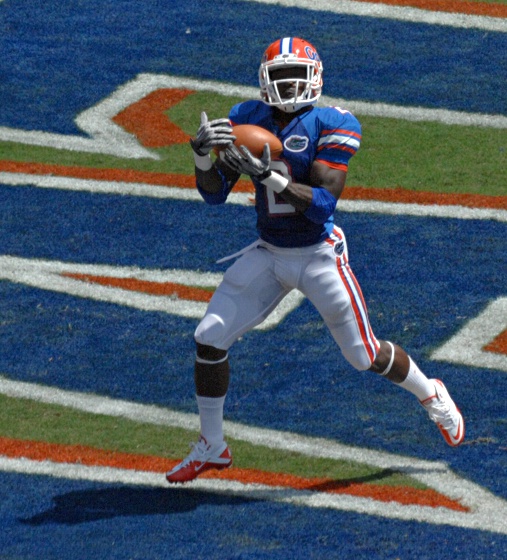 Don’t get too excited, that’s just Demps receiving a punt, I think. 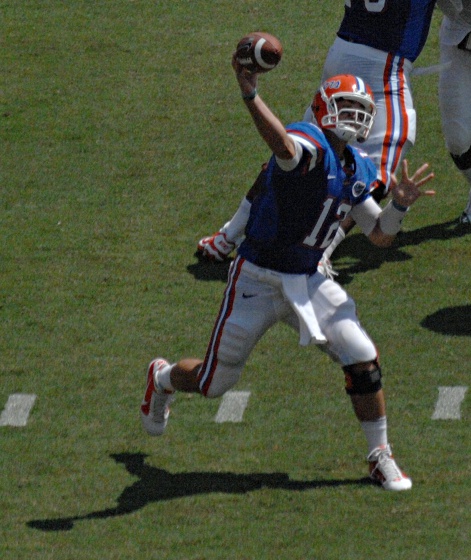 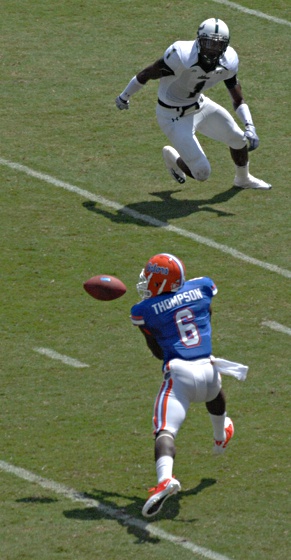 And Thompson showing his receiving form. Unfortunately, that one passed through his hands without stopping. 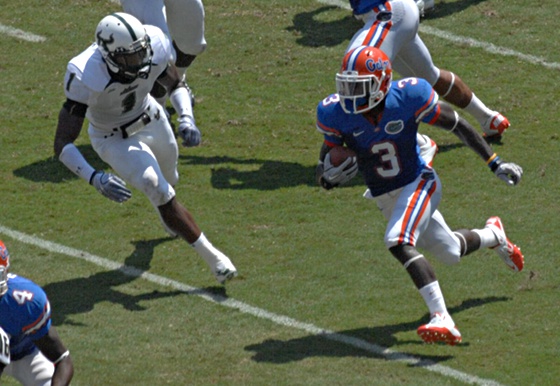 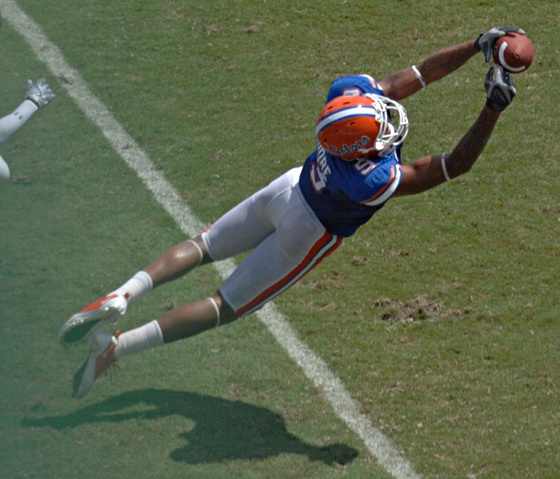 Here’s Moore going to extra effort to make a catch of a Brantley pass. The fuzziness on the left is a large USF fan standing up and obscuring part of my lens. That’s just a part of the magic of taking photos from the seats. 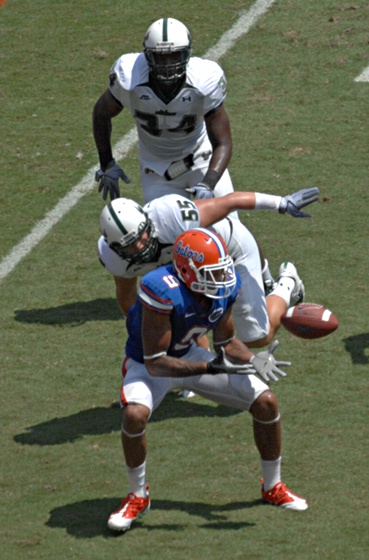 Moore takes in an easier pass, then turns and runs it in for six. 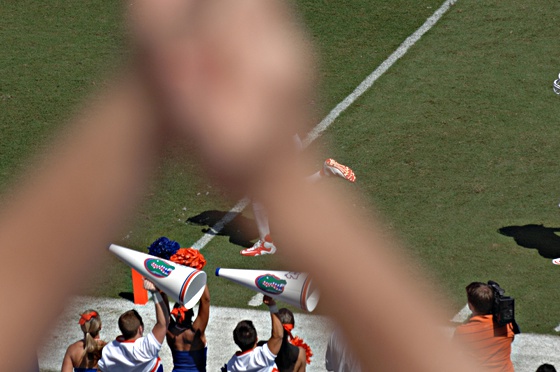 This would be a nice pic of Trattou running in an interception for six points but for the over-enthusiastic Gator fan a couple of rows forward of me. 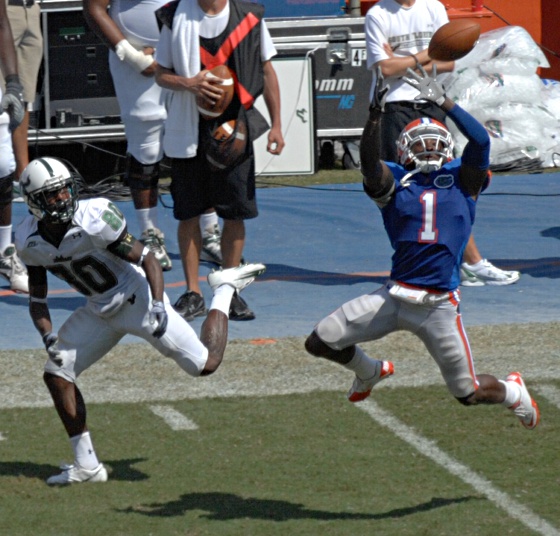 Gators get another interception. 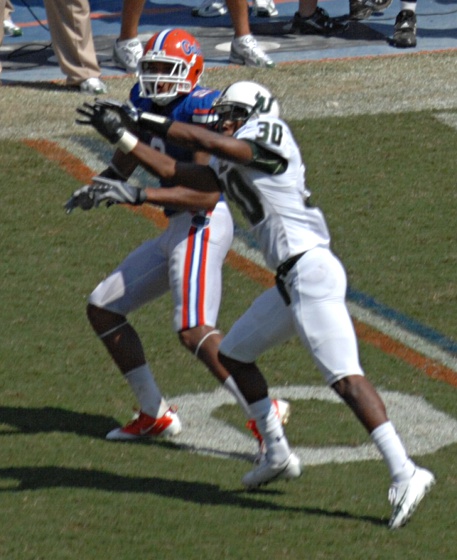 Here’s a sequence of a reception by Moore… he’s covered pretty well by the Bulls defense, but the ball is coming anyway. 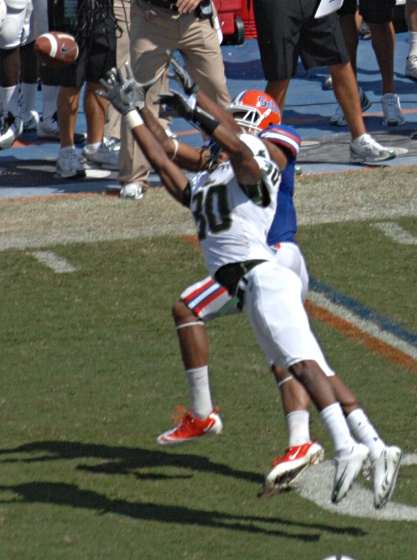 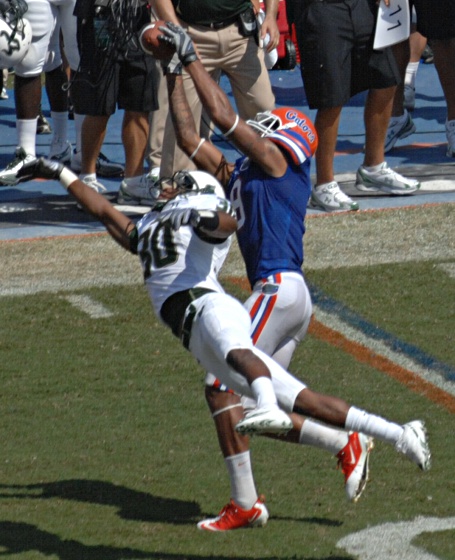 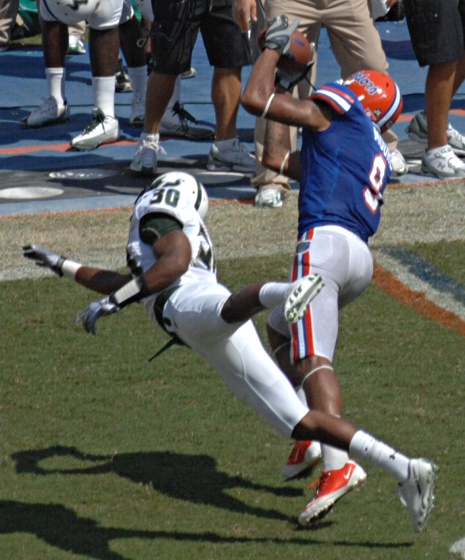 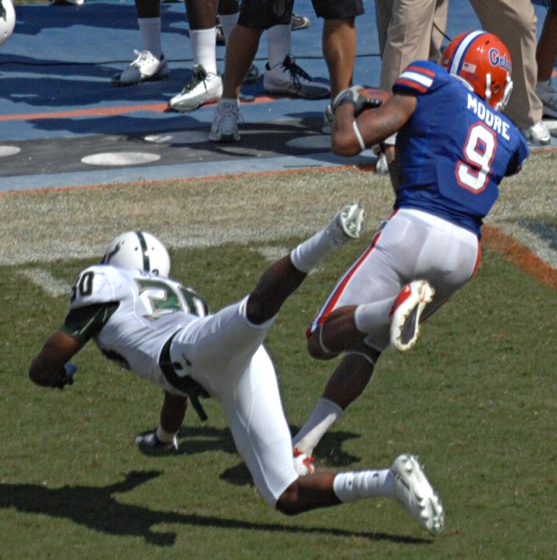 And Moore is off to the races. 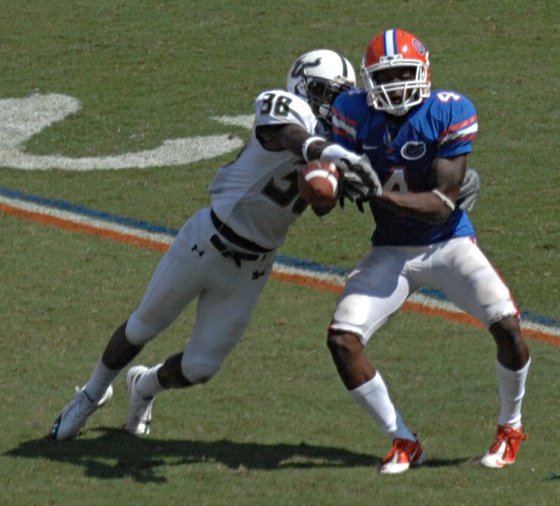 A Bulls defender knocks a pass away. 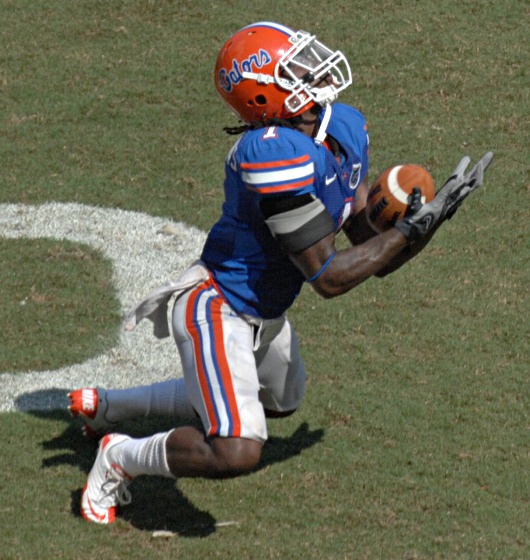 I think this last one is a punt reception with a fair catch called.

I did write the UF Athletic Association asking about getting a press pass for the sidelines. They said that they have already given out all the press passes for this year. OK, I said, what do I need to do to get on the waiting list for next year? I haven’t heard back on that.