Here’s another way the acronym “ID” could be instantiated: idiots driving. I commute to work, and yesterday morning I was on I-275 northbound coming into St. Petersburg. I was in the right-hand lane, and a Honda Odyssey was in the left-hand lane. We were traveling at just about the same speed, and had been for a while. There was no traffic ahead of us for another quarter-mile or so.

The Honda was maybe five feet further ahead than we were as we approached 54th Ave. South. Suddenly, the Honda starting coming over to the right. As it crossed the line marking the lanes, I honked, expecting the driver to correct course and return fully to their lane. It kept coming right. I kept the horn going, but veered right and braked, too, to avoid a collision. It’s just as well, because the Honda driver apparently didn’t change their plan at all and simply completed their lane change. If I hadn’t been paying attention, we’d have had a two-vehicle mashup at 65 MPH on the interstate.

Diane was able to get a couple of photos just afterward. Here’s the back-end and license plate of the vehicle I saved from a high-speed crash: 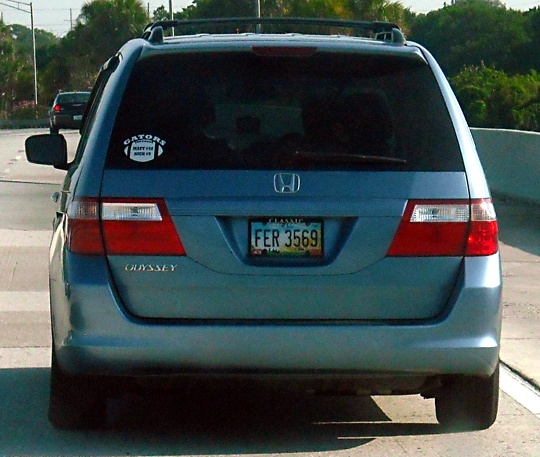 And here’s one of the driver and passenger we prevented from coming to serious harm and injury: 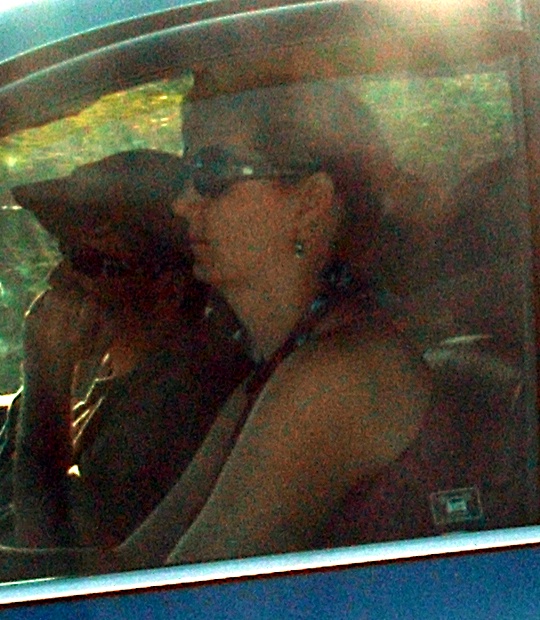