This past week just kind of slid right by me. I’m feeling mostly OK, with occasional twinges and sometimes a not-so-good reaction to a particular meal. Work is keeping me quite busy. With that and the critter maintenance that Diane normally handles being my responsibility while she is off collecting data, there just isn’t a lot of spare time left for blogging. I did have a post on Panda’s Thumb that criticized an op-ed piece by David Berlinski. Berlinski participated in the comment section.

We have a duck. This bird was bought as a duckling and was intended as a training aid for Ritka, our young Vizsla. Diane asked for a mallard. Well, there is certainly a mallard somewhere in this duck’s ancestry, but it also appears to have a recent contribution of domestic goose based on its size now. It is quite a substantial duck, and beyond Ritka’s ability to pick up. In the duck’s section of the yard, we certainly have no issues with snails anymore. There’s a batch of poultry feed, so I go out a couple of times a day and give the duck a helping of feed. As you can imagine, I now have quite a positive association for this duck, who comes waddling over at a brisk pace on my appearance. 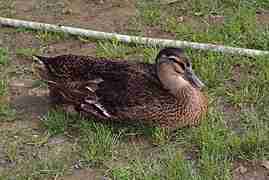 Some pics of Diane’s gear and departure back on the 2nd: 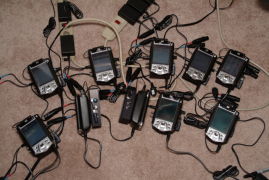 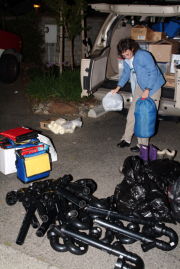 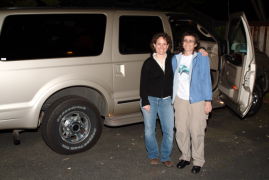